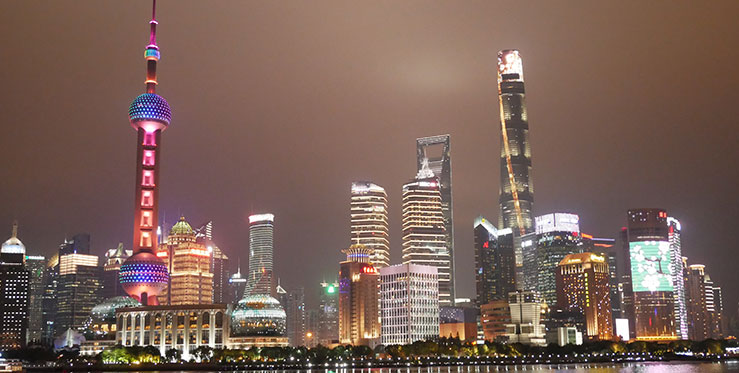 At least twice, I was nearly run over in Shanghai by one of those electric mopeds. I was there attending the Hydrogen and Fuel Cell Asia event at the Shanghai International New Expo Center to learn more about the rapidly emerging Chinese fuel cell industry. Now no one can possibly claim to gain an understanding of a market as vast, complex and fast-moving as China in a week. But hey, one can form impressions…

First of all, about those mopeds: they are so quiet and there are so many of them!  Shanghai is a big, shiny modern city, with broad boulevards and separate bike lanes. But being Asia, mopeds, bikes and pedestrians tend to treat stop lights, one-way signs and sidewalks as suggestions, not absolutes. And those silent, fast mopeds can really sneak up on you.

Unfortunately, there was no such fear of being run over at the fuel cell section within the trade fair. In spite of being part of a vast show of warehousing and production automation equipment, with 10’s of thousands of plant managers and engineers looking at the latest products in acres of booths, the fuel cell section was an oasis of calm. While we made some good connections, it was pretty slow. It appears the Chinese market has yet to see the need for FC material handling, but one has to respect the FC show organizers for trying. After all, FC material handling growth is strong in North America as they can improve productivity in large, 24/7 warehousing operations, but apparently, Chinese logistics have yet to reach the same level of sophistication. Doubtless it too will evolve, and in the future, those vast exhibits will be full of the latest in fuel cell forklift products. But one senses it will take some sort of push.

In contrast with the quiet trade show, the accompanying FC conference was standing-room only.  I spoke with Chris Guzy of Re-Fire and Alfred Wong of Ballard who confirmed activity in the bus and truck space remains frenetic, with ever-expanding numbers of vehicles on the road. This in spite of China’s claimed intention to end their generous FC vehicle subsidies in 2020, although we’ve heard rumours that new incentives may be launched next year. The Chinese government seems confident that the subsidies have been positive as the industry is becoming established and FC products are being sold. Crucially, the ZEV mandates and restrictions on gasoline/diesel vehicles will remain in place to drive demand. In this, FCEV will have to compete with battery EV – but that is fine.

Anticipating that FCEVs are here to stay, several conference speakers spoke of the need to figure out how to move large quantities of hydrogen, produced from the vast coal reserves of Western China, to Eastern China where the markets are developing. And how to do it safely as recent accidents in Korea, Scandinavia and the US have clearly unnerved some officials. One of my more interesting meetings was with the CEO of a large pipe manufacturer. She anticipates that hydrogen pipelines will be a big part of her business in a few years and wanted to get a jump on it by speaking with Canadian companies who can advise on codes, standards and best practices.

So, it is my impression that demand for Canadian products and services will remain strong in China for some time to come. It also seems that Canadians should be all over the looming market opportunity to ship low-carbon hydrogen produced from our vast energy reserves to the Chinese market.

Which brings me back to those mopeds. Not too many years ago, Shanghai thronged with buzzing and stinking two-stroke gasoline motorbikes and mopeds. They are all gone. It shows how quickly government policy can change a market and how quickly the market reacts with new products. We should be looking not only at the opportunity in China, but also learn from those policies to effect change here in Canada.