Hydrogen: Power for a New Decade and Beyond 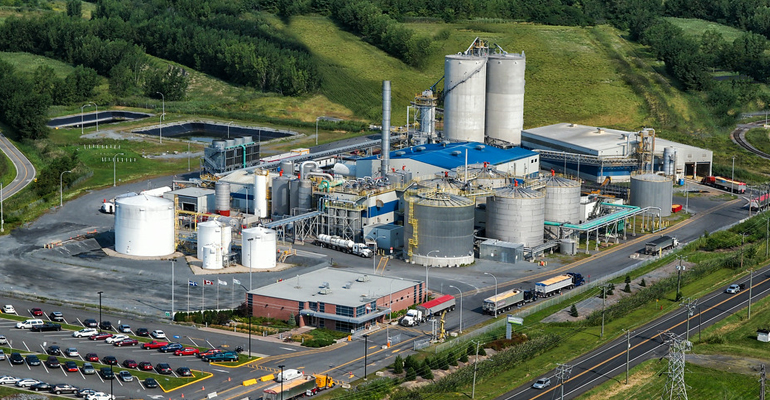 There is tremendous opportunity for the Canadian hydrogen and fuel cell sector to grow and lead the world. I am convinced of this after engaging over the past quarter with many of our members, stakeholders and industry players here in Canada, at COP 25 and other conferences in Europe and China. However, members tell me that while Canadian companies have enjoyed an early lead, many countries are moving ahead of us and we need to step up our game.

So how can the CHFCA help? I am keenly aware there are many potential activities the CHFCA could take on to help members succeed: government relations, marketing, communications, partnerships and projects. I would like to do it all! But, I recognize the Association is limited in resources and budget. As such, tight focus is a must. And so, for 2020, it comes down to three things: promoting our technical leadership, domestic deployment and hydrogen.

CHFCA member companies are technical leaders. It’s a fortunate position to be in and it’s CHFCA’s job to help champion that story both at home and abroad. We have a major conference coming up in April and are planning missions to Tokyo, Hanover, and potentially more if members support it. Each is an ideal occasion to spotlight the leading status and progress of member companies to industry, government and to the public.

Isn’t it great to be part of the solution, and not the cause of the global climate crisis? Europe, China and Japan recognize this and place a priority on hydrogen energy and fuel cells. It is absolutely critical that Canada does the same.

Over the next few years, there will be many hydrogen and fuel cell demonstrations and commercial deployments. But the only way to play a real part is to aggressively capitalize on our home field advantage. Canadian companies have been playing a heck of a road game exporting products and services around the world, but holding on to our lead means we need domestic deployment. Now.

Fortunately, and this is another advantage, the new federal government is in the early stages of deciding where it can best focus efforts to promote jobs, investment and achieve its target of carbon neutral by 2050. It’s vital that hydrogen and fuel cells are a key part of this strategy. To this end, we are now in communications with the government to influence and capitalize on momentum in the sector. We have spoken with and written to the Minister of the Environment and others. The CHFCA’s recent Key Messages document is an example and we encourage you all to reach out to your local MP or minister.

It’s all about hydrogen…

Fuel cells have made enormous strides and FCEV products now perform well. As the economy electrifies, (as it must), fuel cells have many advantages over batteries, especially in heavy duty transportation. FCEV’s go farther, fill faster and hydrogen filling stations are more compact than BEV charging stations. Fuel cells are also lighter and long-term lower cost than batteries. Nonetheless, there is a risk these advantages will not be enough and that batteries will dominate, UNLESS low-cost, low-carbon hydrogen to fuel FCEVs becomes widely available in Canada and worldwide.

This is urgent and needs to happen soon or batteries will have an insurmountable head start.

Fortunately, we have an ace in the hole: low-carbon hydrogen is also needed to decarbonize building heating, chemical production, oil refining, steel-making… and there is no reasonably viable alternative. This means there is no competition! And that spells opportunity. These applications can provide the baseload for low-carbon hydrogen production, which will then be available for FCEVs.

This is pivotal because having the best hydrogen production and the best applications technology is moot unless there is a cost-effective means to connect the two. Such a system comprises pipelines, liquid distribution and filling stations.

It is therefore vital that we grow the CHFCA’s membership to include gas, power, pipeline, IGC’s and retail fuel companies. They are the very players who can build and grow a low-carbon hydrogen production and distribution network. Yet, not one of these companies is represented in the CHFCA. Getting them on board to help push us into the age of Hydrogen Energy will position those in the fuel cell space for a very bright future.

Given this importance, I plan to prioritize hydrogen in the CHFCA. Steps include: engaging new members with expertise in hydrogen production and distribution and calling on government to enact regulation and provide funding to stimulate low-carbon hydrogen projects.

In closing let me leave you with this thought: we are at the beginning of not only a new year but a new decade. Such temporal landmarks are powerful for new beginnings so I urge you to join me and grab this moment to put our significant advantages to work. Let’s make the coming era one that is fueled by hydrogen.