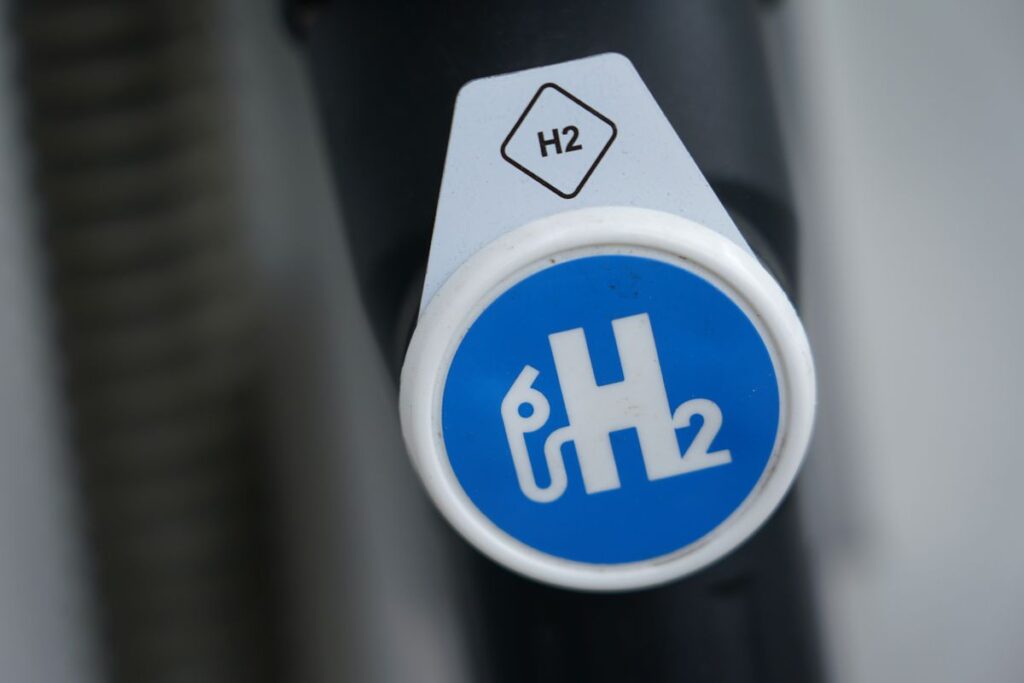 The federal government says it will have a comprehensive strategy for hydrogen in place by the end of the summer, signalling Ottawa’s intention to pursue the fuel source as a key component of its goal to reach net zero in greenhouse-gas emissions by 2050.

Alberta, the heart of Canada’s oil and gas sector, is also looking to hydrogen in a bid to diversify the economy. Like Ottawa, the province will release a hydrogen development plan this summer as part of a larger blueprint for the future of the province’s natural gas and petrochemical industries.

It’s the first step in establishing “a very aggressive and profitable hydrogen industry” in the province, Alberta’s associate minister of Natural Gas Dale Nally told The Globe and Mail.

“This could position us as a leader in the hydrogen industry in this country,” he said.

Hydrogen is enjoying “unprecedented momentum” across the globe, according to the International Energy Agency (IEA). It’s light, storable, energy-dense and produces no direct emissions of pollutants or greenhouse gases – a boon for countries pursuing net-zero emission goals.

In Canada, a new focus on growth for a hydrogen sub-economy could be a rare area where the federal Liberals and Alberta’s governing United Conservative Party find common political ground.

In Alberta, a pilot project to operate two long-range hydrogen-powered trucks between Edmonton and Calgary received $7.3-million from Emissions Reduction Alberta (ERA), a Crown corporation funded by the carbon tax on large emitters. The project demonstrates how hydrogen could be applied to improve fuel efficiency and reduce greenhouse-gas emissions to zero in the long-haul trucking industry.

The agency received multiple applications for hydrogen-themed projects in its latest funding competition, ERA chief executive Steve MacDonald told The Globe. He added that the gas has an important role to play in a low-carbon future.

During a recent discussion about Canada’s energy future, Natural Resources Minister Seamus O’Regan acknowledged that the fuel is expensive to produce. But the costs are coming down, he said, making the fuel source “increasingly viable.”

As such, hydrogen is “very much a focus for our government,” he said. “We’ll have a comprehensive strategy in place by the end of the summer.”

Hydrogen’s potential as a fuel source isn’t new; according to a June, 2019, IEA report, it powered the first internal-combustion engines more than 200 years ago.

But the development of commercial markets for hydrogen have been stalled for decades. The gas is costly to produce, and its transportation and handling is difficult and expensive. Tesla CEO Elon Musk – defending his long-standing position that batteries, not hydrogen, will win the race to decarbonize auto transport – referred to hydrogen fuel cells as “fool cells” in a tweet last week.

But dozens of countries, including Canada, now are working toward net-zero greenhouse-gas emissions, which is acting as a catalyst for a new global push on hydrogen use. This is being helped along by continuous improvements in the cost and performance of fuel technologies over the past five years.

Australia established a fund worth 300-million Australian dollars for hydrogen projects in May, for instance, while Norway earmarked US$369-million for green technologies including hydrogen power solutions. Last week, Germany’s cabinet adopted a national hydrogen strategy aimed at making the country a leading player in the technology.

The IEA says hydrogen’s versatility could help make a significant contribution to clean-energy transitions, although it must be adopted in sectors where it is almost completely absent, such as transport, buildings and power generation.

Demand for hydrogen-based electric vehicles has been outstripped by those powered by batteries, HSBC analyst Sean McLoughlin writes. That’s because of rapidly falling battery costs and the rapid rollout of home and public charging points. In contrast, hydrogen refuelling infrastructure is scarce.

But hydrogen is seen as a solution for decarbonizing heavy transport, in particular. Hydrogen is light, fuel cells are not range-constrained and refuelling is fast – unlike the large batteries that would be needed to move heavy trucks.

“There were nearly 13,000 hydrogen-powered vehicles in use globally at the start of 2019. Japan has taken an early lead but may soon be eclipsed by China, which already has more than 2,000 hydrogen buses and is rolling out hydrogen-powered commercial transport to reduce emissions,” Mr. McLoughlin said.

Many energy players say they believe Canada has the potential to be front and centre in what is a renewed global focus on hydrogen.

Anyone talking about Canada’s role in hydrogen development in decades past would have immediately pointed to Ballard Power Systems Inc. – the long-struggling Vancouver-based company that has seen its share price surge in recent months. This year, investors have come to believe that Ballard’s focus on much-refined fuel-cell technology could reap the company benefits from China’s promise to maintain aggressive efforts to reduce air pollution, partly through zero-emission buses and trucks.

Quebec is making a push on hydrogen, too, with the government purchasing a fleet of 50 hydrogen-powered vehicles last year and a business group exploring the idea of hydrogen exports to the northeastern United States.

But the next focus of production could be in hydrocarbon-rich Alberta.

The province already produces millions of tonnes of hydrogen each year, said David Layzell, director of the Canadian Energy Systems Analysis Research initiative at the University of Calgary. The gas is used to crack bitumen, which sees the heavy oil processed to create synthetic crude, gasoline, diesel, jet fuel, plastics and fertilizers.

Like any other form of energy, the production process matters, energy economist Peter Tertzakian said. Globally, the vast majority of hydrogen production today involves subjecting natural gas to a high temperature and separating the carbon and hydrogen – an energy-intensive process that creates significant greenhouse-gas emissions. This is called “grey hydrogen” – the downside of which is that the environmental benefits can be negated by the emissions-intensive process.

But because you get a pure stream of carbon dioxide in using natural gas to produce hydrogen, there is an opportunity to capture that gas. It’s possible to store the emissions underground, through carbon capture and sequestration, Mr. Tertzakian said.

It is in this realm of “blue hydrogen” – where the carbon gets captured and stored – where Alberta could make its mark in a world focused on net-zero emissions.

Dan Wicklum heads the Transition Accelerator, a newly created, climate-focused non-profit spearheading a push for the development of a hydrogen economy in the oil processing and petrochemical region known as Alberta’s Industrial Heartland. Some of the lowest-cost hydrogen in the world could be produced in and around Edmonton, he said, for use as a fuel, as a feedstock for other products and for domestic use and exports.

Mr. Wicklum says the world is at the beginning of a “fundamental retooling” of the global energy system, and Canada has to move quickly to take advantage of the opportunity to build expertise in using hydrogen as a fuel and building an export market for the gas.

“Other countries are certainly ahead of us on this.”

Mr. Tertzakian is hopeful about the resurgence in hydrogen but also guarded. He saw a wave of excitement about hydrogen two decades ago flame out when it became apparent that the economics of fuel cells would not support mass adoption.

But he said Canada does have the right ingredients to be a player in an emergent global hydrogen market – it’s home to Ballard, a premier fuel-cell maker, and there’s a vast array of hydrocarbons and carbon capture on the prairies.

“It’s not clear yet whether the market mechanisms are there to create an economy around hydrogen,” Mr. Tertzakian said.

“This is where the government comes in, and could act as a catalyst.”