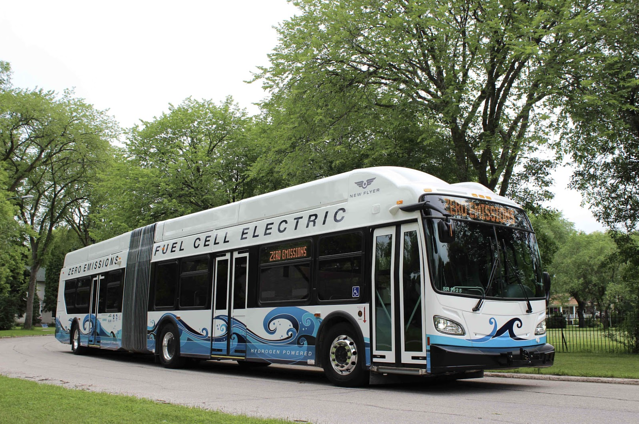 The investment was announced by Infrastructure and Communities Minister Catherine McKenna, and Minister of Innovation, Science and Industry Francois-Philippe Champagne last week. The $2.75 billion will be distributed to municipalities, transit agencies, and school boards over the next five years starting in 2021 and will serve to stimulate job creation and post COVID-19 economic recovery.  Furthermore, the investment delivers on the Canadian government’s commitment to assist in purchasing 5,000 zero-emission buses over the next five years to support the transition to clean transportation.

The $2.75 billion is part of an eight-year, public transit investment of $14.9 billion introduced by Prime Minister Justin Trudeau in February.

“The Urban Transit Task Force would like thank the Federal Government for their support to the deployment of zero emission buses across Canada which will contribute to cleaner air in our cities. This is also an economic opporunity to deploy fuel cell electric buses developped and manufactured in Canada using low carbon hydrogen as a clean fuel”

“Zero emission fuel cell electric buses and battery electric buses work together, providing a complete solution that allows transit agencies to go 100% electric while continuing to provide efficient and cost-effective service to the public.  The CHFCA is delighted with the federal government’s investment to support the deployment of electric buses.  We look forward to seeing Canada’s world-leading fuel cell technology on the road.”

The national Urban Transit Task Force works to inform municipalities and transit agencies about how hydrogen energy and fuel cell technology can provide a convenient, cost-effective and low-risk solution for zero-emission transportation, particularly in urban transit applications such as buses. The Task Force will also work to address barriers to commercialization that may arise in safety, fuel cell products and hydrogen supply, codes and standards, training, analysis, public acceptance or other areas. The Task Force will liaison with groups promoting hydrogen energy commercialization in other sectors to leverage efforts and share learnings and best practices.

The Canadian Hydrogen and Fuel Cell Association (CHFCA) is a national association that supports industry, academia, government agencies, financial organizations and other stakeholders focused on hydrogen and fuel cell technologies and products.  As the collective voice of Canada’s world-leading hydrogen and fuel cell sector, the CHFCA’s mission is to strengthen Canadian leadership, raise awareness of the benefits of the technology, and accelerate the adoption of its members’ products and services in Canada and abroad.  The CHFCA currently has 80 members across Canada and two regional branches in British Columbia and Quebec. You can also follow CHFCA on Twitter at @PoweringNow or visit www.chfca.ca for more information.