Enough of the Green-Blue Debate! 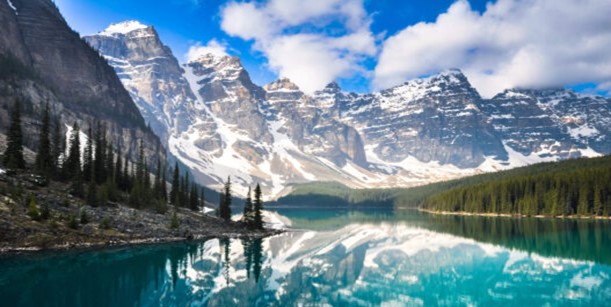 Canada has joined the more than 120 countries around the world that have committed to net-zero 2050.  This is wonderful news and Canada’s hydrogen and fuel cell sector welcomes it.  Net zero changes everything.  No longer is it possible to rely on one or two industries decarbonizing, or switching to natural gas, or energy efficiency.  Every industry and every individual must decarbonize – completely. This calls for transformation. And it calls for clean hydrogen — lots of it – produced from all of Canada’s energy resources.

Hydrogen and fuel cell products complement clean power, bioproducts and battery technology to provide a complete alternative to fossil fuels and internal combustion engines in all applications.  Government and non-governmental organizations recognize that clean hydrogen energy is an essential pathway to net-zero and will account for 20-30% of Canada’s energy supply by 2050.  It provides Canadians a choice that will speed the transition to net zero.  And oh, by the way, it is a Canadian strength: we are the cradle of the PEM fuel cell and the world’s largest producer of clean hydrogen, with a vibrant sector selling products and services around the world and abundant low-cost energy resources to produce hydrogen for domestic use and export.  So, it’s also a massive opportunity for jobs and investment.

Unfortunately, there is a distracting and misguided issue coming up in op-eds, conferences and letters to government that threatens to slow progress in hydrogen, to the detriment of achieving our critical climate change goals.  I’m speaking of the “green vs. blue” debate.

But wait, aren’t we in a climate emergency?

“Hey villagers, there’s a flood bearing down on your village and you need to build a dam – ASAP!  But wait!  There aren’t enough aluminum shovels to go around, but don’t use those use cheap, readily available plastic shovels to build the dam. Why?  Because plastics cause litter and besides, we really don’t like the plastics company. Maybe try a pitchfork if you can’t find an aluminum shovel?”

Not the way to handle a crisis! I’ll be grabbing a plastic shovel and I may use the pitchfork on something else.

One of the biggest barriers to the adoption of hydrogen energy is cost. And blue hydrogen is the cheap, readily available solution. Restricting production pathways will stifle creativity, increase costs for Canadians and slow our transition to net zero.  Equally important, it will prevent Canada exporting clean hydrogen to other countries, who don’t have the low-cost energy resources to produce their own  – preventing them from transitioning to a low carbon future.

Don’t get me wrong, I think a scrutiny of hydrogen production pathways is absolutely called for.  We need to certify and document the total emissions that occur in the production and distribution of hydrogen.  But relying on “colour” isn’t the right way.  There are too many variables in the production and distribution pathways of all types of hydrogen to rely on simple classification.  We need international standards for what constitutes “clean” hydrogen and empirical measurement of the carbon intensity of each source to ensure it complies. Europe has already made a start on this.  The Canadian federal government is participating through the International Partnership for Hydrogen Energy.  That is the right way to do it, with a steep cost – in terms of a price on carbon and/or clean fuel standard credits – on any residual GHG emissions.

Producers of clean hydrogen from fossil fuels with carbon management, should expect scrutiny of the emissions during production of the natural gas feedstock, the conversion process, the carbon capture and management process – whether it be storage, use or production of chemicals.

One of the strengths of hydrogen is that it is inclusive.  It benefits all industries, all sectors, all regions and can be produced from all our energy resources.  Of course, the problem for some is that it’s the oil & gas industry that can produce low-cost, clean hydrogen from fossil fuels and stands to benefit from its sales.  That is true, but note that it’s energy companies who already have the assets, the financial and the technical resources to make the transition to clean hydrogen possible.  Isn’t it about time to demand  the fossil industry contributes to solving the problem?

No production pathway is perfect and no industry blameless. The recent devastation caused by the overharvesting of balsa wood in the Amazon for wind turbine blades does not mean we should stop making wind turbines. But it does mean we should monitor, regulate as necessary and ensure it’s done sustainably.

Meanwhile, let’s get that dam built, using whatever shovels are at hand.  Let’s produce low-cost, clean hydrogen from all our abundant energy resources, and let’s encourage its adoption by Canadians and Canadian industry so we can reach our net zero targets on time and thrive in a carbon-constrained world.