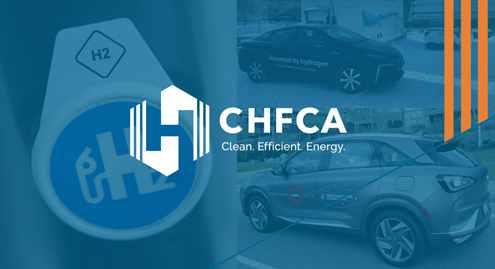 VANCOUVER – The Canadian Hydrogen and Fuel Cell Association (CHFCA) supports the new mandatory target for all new light-duty cars and passenger trucks sales to be zero-emission by 2035 to help Canada achieve its net-zero carbon neutrality by 2050. The target was announced yesterday by the Honourable Omar Alghabra, Minister of Transport, the Honourable Jonathan Wilkinson, Minister of Environment and Climate Change, and the Honourable Steven Guilbeault, Minister of Canadian Heritage.

The new federal requirement accelerates and makes mandatory Canada’s previous target of 100 percent sales by 2040, and the Government of Canada has committed to pursuing investments and regulations to help Canadians and industry transition to achieve the 100 percent zero-emission vehicle sales by 2035.

“Requiring 100% of light duty car and truck sales to be zero-emission means vehicles must be available that meet the needs of all consumers,” says Mark Kirby, President and CEO of the CHFCA.  “Fuel cell electric vehicles, fueled with clean hydrogen are zero emission and can provide the range, payload and fast fill capability that will be needed in demanding applications such as fleets, taxis, contractor vehicles, emergency response vehicles and more. This choice will help Canada achieve these ambitious goals.”

Canada will also collaborate with partners such as the United States to develop interim 2025 and 2030 targets, and additional mandatory measures that will be needed beyond Canada’s light-duty vehicle greenhouse gas emissions regulations.

The federal and British Columbia governments have released hydrogen strategies that highlight the need for hydrogen to meet net-zero targets and call for measures to support hydrogen supply and fueling infrastructure.  Quebec and Ontario have strategies in development. Alberta has made hydrogen a key pillar of its recovery plan. The construction of hydrogen fueling stations and deployment of fuel cell electric vehicles has started in BC and Quebec.

Earlier in May 2019, the federal government launched the Incentives for Zero-Emission Vehicles (iZEV) Program to provide consumers with incentives of up to $5,000 towards the purchase or lease of zero-emission vehicles such as hydrogen fuel cell electric vehicles.

The Canadian Hydrogen and Fuel Cell Association (CHFCA) is a national association that supports industry, academia, government agencies, financial organizations and other stakeholders focused on hydrogen and fuel cell technologies and products.  As the collective voice of Canada’s world-leading hydrogen and fuel cell sector, the CHFCA’s mission is to strengthen Canadian leadership, raise awareness of the benefits of the technology, and accelerate deployment of its members’ products and services in Canada and abroad.  The CHFCA currently has 107 members across Canada, two regional branches in British Columbia and Quebec and an affiliation with the Hydrogen Business Council in Ontario. CHFCA can be followed on Twitter at @PoweringNow or visited at www.chfca.ca for more information.