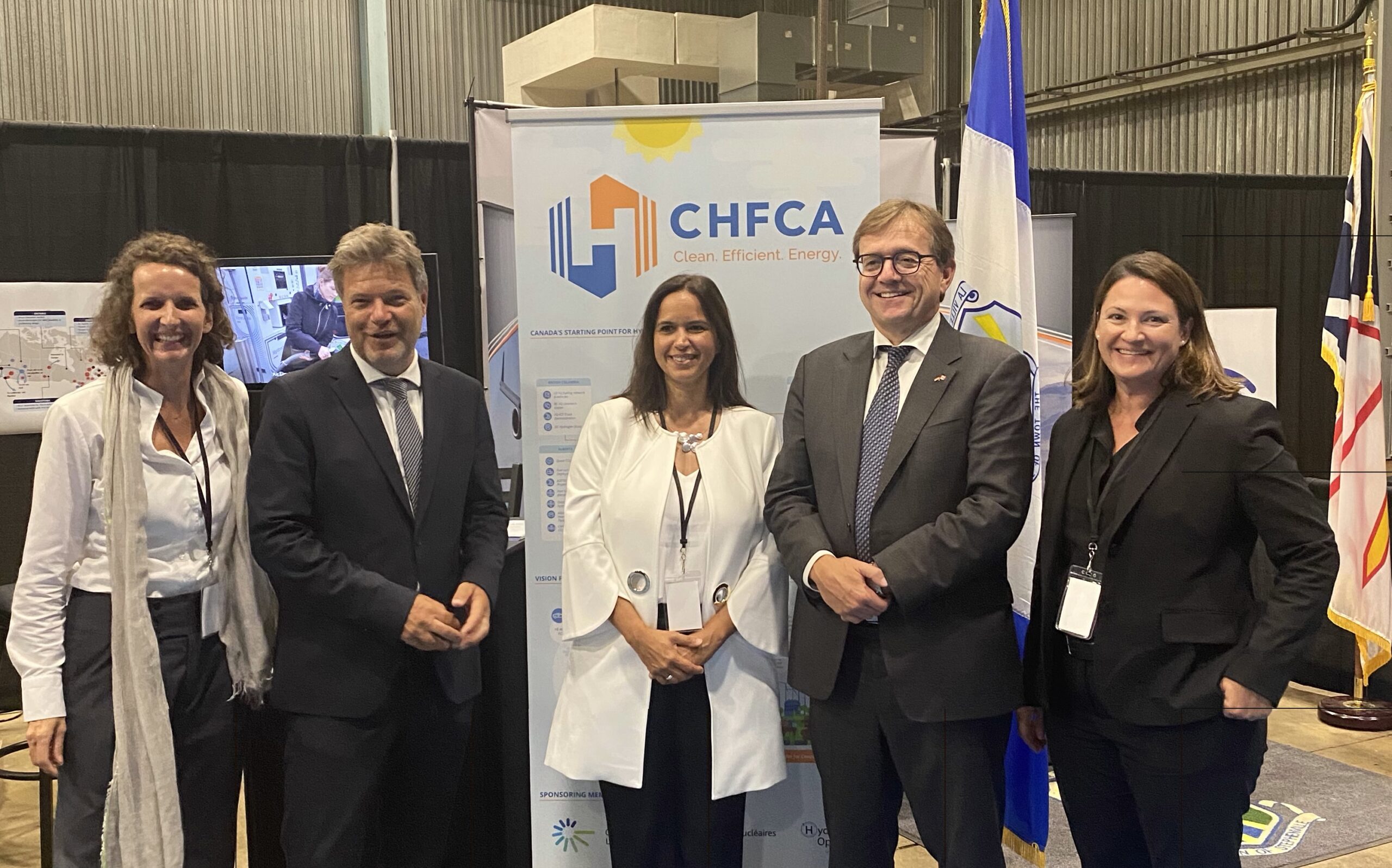 The alliance was announced earlier this week in Stephenville, Newfoundland where the Honourable Jonathan Wilkinson, Canada’s Minister of Natural Resources, and Robert Habeck, Vice-Chancellor of Germany signed a Joint Declaration of Intent committing the two countries to collaboration in the export of clean Canadian hydrogen to Germany.

“The CHFCA applauds the new Canada-Germany Hydrogen Alliance. This major milestone for the Canadian hydrogen industry will enable large scale production of green hydrogen in Canada,” says Ivette Vera-Perez, President and CEO of the CHFCA. “Canada has the potential to become a hydrogen powerhouse for the future, and will work hard and fast to realize that potential. CHFCA and our members will work collaboratively with all levels of government, policy makers and regulatory bodies to ensure we meet our targets within the expected timeline.”

Under the new alliance, Canada and Germany will commit to enabling investment in hydrogen projects, supporting the development of secure hydrogen supply chains; establishing a transatlantic Canada–Germany supply corridor; and exporting clean Canadian hydrogen by 2025.

The Canadian Hydrogen and Fuel Cell Association (CHFCA) is a national sector association that supports industry, academia, government agencies, financial organizations and other stakeholders focused on hydrogen and fuel cell technologies and products. As the collective voice of Canada’s world-leading hydrogen and fuel cell sector, the CHFCA’s mission is to strengthen Canadian leadership, raise awareness of the benefits of the technology, and accelerate the adoption of its members’ products and services in Canada and abroad.  The CHFCA currently has more than 160 members across Canada and provincial affiliates in British Columbia, Alberta and Quebec. The CHFCA can be followed on LinkedIn at @CHFCA, Twitter at @PoweringNow and visited at www.chfca.ca.