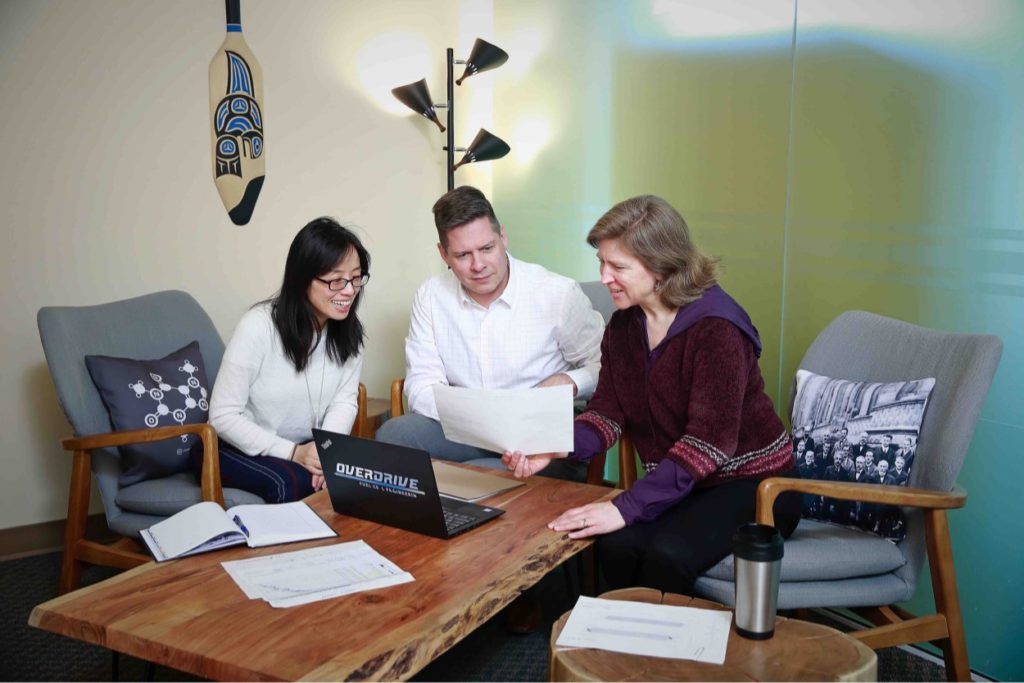 The Canadian Hydrogen and Fuel Cell Association (CHFCA) is a collaborative effort of industry, academia, government agencies, financial organizations and other stakeholders focused on advancing the use of advanced hydrogen and fuel cell technologies and products to help tackle  our world’s most critical energy challenges.

On April 7, 2022, the Ontario government released its Low-Carbon Hydrogen Strategy to accelerate the development of the low-carbon hydrogen economy in the province to create jobs, attract investment and reduce emissions.  The strategy leverages the province’s strengths, including a highly skilled workforce, clean and affordable electricity, existing storage and pipeline infrastructure, and an innovative industrial sector that is poised to collaborate on hydrogen. Aimed to establish Ontario as the clean manufacturing and transportation hub of the future, the Strategy includes a number of proposed actions to enable hydrogen production and expand the burgeoning low-carbon hydrogen economy, including launching innovative projects, identifying hydrogen hubs and proposing related changes to regulatory frameworks and policies.

On November 5, 2021, the Government of Alberta released its Hydrogen Roadmap which presents the government’s policy framework for encouraging a domestic market for clean hydrogen and capitalizing on an anticipated multi-billion dollar global hydrogen economy.  The roadmap aims to secure over $30-billion in capital investments and establish Alberta as a global supplier-of-choice in clean hydrogen exports by 2030. If successful, it would also result in widespread deployment of clean hydrogen into provincial utilities, transportation and industrial processes in that same time period, reducing GHG emissions by an estimated 14 megatonnes per year.

2020: Hydrogen Strategy for Canada is launched

On December 18, 2020, the Canadian government launched the Hydrogen Strategy to spur investment and partnerships to establish Canada as a global supplier of hydrogen and to increase domestic production. Recognizing the role of low-carbon and zero-emission hydrogen fuel technology as a key part of the nation’s path to net-zero carbon emissions by 2050, the strategy is underpinned by a federal investment of $1.5 billion CAD in a Low-carbon and Zero-emissions Fuels Fund to increase the production and use of low-carbon fuels, including hydrogen.

2015: Hydrogen Fueling Infrastructure Program is Launched in BC

Launched in March 2015, the Clean BC Go Electric Hydrogen Station and Fleet Program (formerly the CEV Hydrogen Fueling and Fleet Program) aims to expand the hydrogen fueling network in British Columbia and support the adoption of FCEVs for commercial and municipal fleets. There are currently four public hydrogen fueling stations operating in the province with another two stations in development. The program is managed by the CHFCA on behalf of the Government of British Columbia.

The BC Government unveiled the CEV Program in December 2011 as a catalyst for establishing CEVs such as fuel cell electric vehicles (FCEVs) in the B.C. market and building a foundation for significantly reducing GHG emissions in the personal vehicle sector. The program provides purchase incentives for British Columbians who choose a qualifying electric or hydrogen fuel cell vehicle, as well as support investments in charging and hydrogen fueling infrastructures, as well as investments in research, training and outreach. This program is intended to encourage and accelerate the adoption of clean energy vehicles in British Columbia for both their environment and economic benefits. The program’s vision is to stimulate the market such that by 2020, 5% of new light duty vehicle purchases in British Columbia are clean energy vehicles.

In 2009, BC Transit unveiled its fleet of 20 fuel cell electric transit buses (FCEBs) which would operate during the 2010 Winter Olympic games, being hosted in Vancouver and Whistler. New Flyer was the prime contractor and supplier of the bus chassis while ISE purchased Ballard fuel cells and completed integration engineering for the drive system, as well as design and engineering of energy storage, the fuel cell cooling system, controls and software.  The fleet demonstrated FCEBs’s acceleration, range, noise reduction, temperature – were comparable to or exceeded conventional diesel buses.

In 1983, Canada’s Department of National Defense awarded Ballard Power Systems a contract to produce a low-cost PEM fuel cell. The integration of new flow-field designs and membranes enabled world-leading performance to a single PEM fuel cell, leading developers to believe that PEM fuel cells could one day power a car.

In 1913, Alexander Thomas Stuart, Canada’s pioneer in hydrogen and hydrogen energy technology, developed the “Stuart Cell” which would become one of the world’s leading electrolysis systems for over a century. Stuart would go on to design and build a number of electrolysis  in the 1920s before receiving his first patent in 1927.