Fuel cells can deliver the zero-pollution, high-efficiency answer to much of our air pollution and global warming dilemmas.

A fuel cell is an electrochemical power generation device that combines hydrogen fuel, with oxygen from air, to produce electricity, with water and heat as the only by-products. 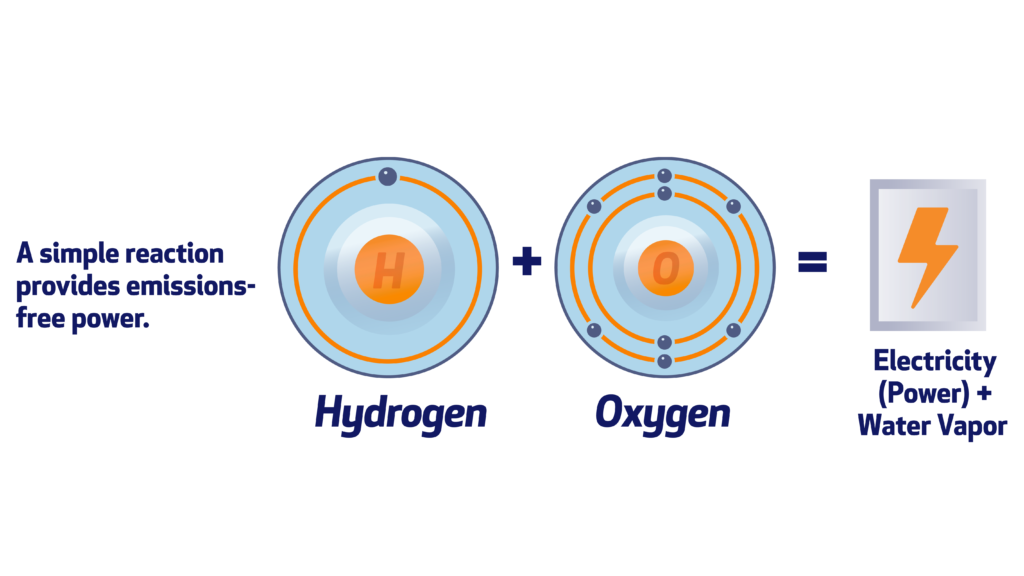 Fuel cells offer a variety of benefits compared to traditional power generation – they are more fuel-efficient, operate with very little noise and produce no harmful emissions at point of use.

Fuel cells and batteries are similar as they both generate electricity. But a battery stores energy in its electrodes, while a fuel cell uses an external fuel such as hydrogen allowing it to continue operating as long as fuel is available. Unlike conventional batteries however, fuel cells do not contain harmful materials, nor do they have moving parts thereby minimizing maintenance requirements.

Fuel cells have a number of additional advantages, including:

A fuel cell “stack” is made up of single fuel cells layered together. Depending on the application, the fuel cell stack may contain hundreds of individual cells layered together – this scalability allows fuel cells to be configured into a wide array of sizes to fit the required amount of energy desired, whether it be a train, drone, building or car. The electricity produced by a fuel cell then powers a traction motor to drive a vehicle’s wheels, or whatever device you may be powering.

Many governments worldwide are setting mandates and timelines for the adoption of zero emission electric transportation solutions. While consumer preference will determine whether the option is battery or fuel cells, many see fuel cells as the technology of choice for those desiring longer vehicle range capabilities while battery electric vehicles will be ideal as city-cars. Hydrogen fuel cells are seen as the more efficient choice for heavier vehicles such as transit buses or trucks, due to the weight and range constraints of battery-only options.

How does a fuel cell work? 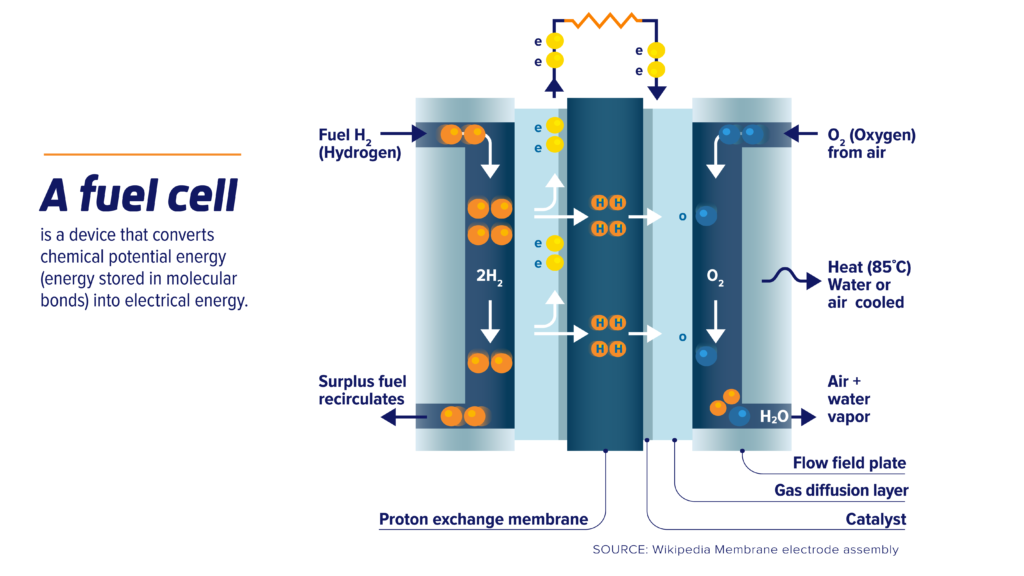 A single fuel cell consists of an electrolyte sandwiched between two electrodes. Oxygen from air passes over one electrode and hydrogen over the other, generating electricity, water and heat. Bipolar plates on either side of the cell help to distribute gases and collect the electrical current.

At the anode, hydrogen is separated into ions and electrons using platinum or similar catalyst. The electrons travel through an external circuit, generating the required amount of power, while the ions pass through the electrolyte to the cathode where, with the help of another catalyst, they join with oxygen atoms to produce water.